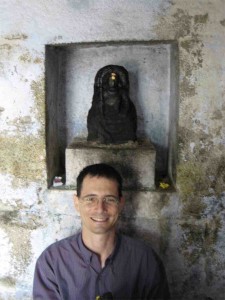 His main areas of research concern two immensely rich traditions: Sanskrit literature and its accompanying literary theory. His current research interests include courier poems, arguably the most productive literary genre in the history of South Asia; Daṇḍin’s Mirror of Poetry (c. 700), the most influential primer on poetics throughout Asia; and the life and works of Appayya Dīkṣita, one of India’s leading intellectuals in the sixteenth century.

His first monograph, Extreme Poetry: The South Asian Movement of Simultaneous Narration (Columbia University Press, 2010) examines a unique, millennium-long South Asian experiment with the poetic possibilities of narrating two stories at the same time by using a whole set of techniques for creating verbal simultaneity—ranging from simple homonyms to long strings of sounds that can be carved into words in different ways. This book discusses various stages in the evolution of this literary technique, including its use to depict dual or disguised characters, its employment to narrate the two great Sanskrit epics, and its adoption by Telugu, Tamil, and other South Asian languages.

Bronner is the coauthor and cotranslator of “Self-Surrender,” “Peace,” “Compassion,” and “The Mission of the Goose”: Poems and Prayers from South India by Appayya Dīkṣita, Nīlakaṇṭha Dīkṣita and Vedānta Deśika (New York University Press, 2009). This book, written with David Shulman and published as part of the Clay Sanskrit Library, introduces English readers to the special literary flavors and theologies of southern Sanskrit poetry from the second millennium CE. He is the coauthor, together with Lawrence McCrea, of First Words, Last Words: New Ways of Thinking of Old Texts in Sixteenth-Century India (Oxford University Press, 2021), a book that unearths a pamphlet war among theologians and philosophers in early-modern India concerning the interpretation of the Vedic scriptures and the processes of reading more generally. His collaborative volumes include South Asian Texts in History: Critical Engagements with Sheldon Pollock (Association of Asian Studies, 2011), coedited with Whitney Cox and Lawrence McCrea, an attempt to assess the state of Indology after Pollock’s groundbreaking contributions. Innovations and Turning Points: Toward a History of Kāvya Literature, coedited with David Shulman and Gary Tubb (Oxford University Press, 2014), examines the vivacity of this literary tradition. Sensitive Reading: The Pleasures of South Asian Texts in Translation, coedited with Charles Hallisey, is soon to be out from The University of California Press. Finally, A Lasting Vision: Dandin’s Mirror in the World of Asian Letters, a volume which Bronner edited, is forthcoming from Oxford University Press.

A strong believer that the disciplinary, linguistic, and historical complexities of South Asian civilization demand scholarly collaboration, Bronner has participated in and helped organize many team efforts. Together with David Shulman, for example, he has organized at the Institute of Advanced Studies (Jerusalem) three Sanskrit Summer Academies—intensive workshops that bring senior scholars and advanced graduate students together to work on key themes in the history of South Asian literary history. His collaborative and research work has been supported by the Institute of Advanced studies in Jerusalem, the Israel Science Foundation, and, during his time in Chicago, the Committee on Southern Asian Studies.

A committed teacher, he dedicates much of his time to teaching Sanskrit courses at all levels, survey courses on South Asia, and advanced seminars on a variety of topics, and to guiding the work of graduate students.